Women for Europe – Europe for Women

The workshop EU Women Writing is a reading podium for stories by women who live in Europe and by men who value women.

Every woman and every man has a story to tell.
In established academic, business, political and artistic circles, women’s perspective is often absent, and so women’s stories are not passed down.
We want to play our part by collecting and spreading women’s knowledge.
People learn through stories and learn about themselves. Emotions help us to understand Europe and the world.

Our stories are as different as we people in Europe. Similarities and differences are part of a vibrant pan-European culture.

We meet via zoom on the first Thursday of every month from 6.30 to ca. 8 pm.
A memoir is a personal account, a first-person narrative. The narrator (the ‘me’ in the story) might be experiencing something now or looking back with detachment.

If you have ever thought about writing up your life – or just a chunk of it – this is the place for you.

You will receive an up-to-date zoom link two days before the respective dates.
Every month has a theme.

Every month the contributions are recorded and published the following week on our YouTube channel:

EU Women: About Us

On 9 November 2016, in the early hours, while young people in Berlin were off clubbing, I was watching CNN. Although everyone could see Hillary Clinton being the next President of the United States, there was still a residual risk that Trump might win the election. Since the Brexit referendum in June, the forecasts did not seem quite so trustworthy…

It wasn’t just the usual neighbour staggering home at 3 am and banging his door shut, but excitement about the US elections that was stopping me from sleeping. Excitement that a woman was about to become the first female president. And what that meant for the United States, Europe and the world as a whole, what a signal it would send out to all – male – fundamentalists, what satisfaction at the next summit when Angela Merkel would not be standing alone among all the men, but alongside President Hillary Clinton!

As the states reported in one by one with their results, Clinton was ahead at first, but then the situation changed, and in the end she lost.

Trump – the Donald Trump – became the 45th US President.

I am old enough. I have often witnessed men and toxic politicians becoming presidents, chancellors, heads of state, prime ministers, popes and kings, but Trump?! Hillary Clinton is not perfect, but she is certainly intelligent, competent and experienced, and yet she lost to someone like Trump?! She had 3 million more votes than him?! But in the US, it is the electoral college that decides, not individuals.

Of course, having a husband like Bill Clinton didn’t help either. Could a divorced woman ever be President of the United States? Whatever the case, I could not believe it.

And now Trump: spreading nationalism, cutting taxes (or rather handing them out to companies and the super-rich), promoting old technologies, wasting natural resources, denying the climate crisis, fighting globalisation, cooperation and international trade, pouring scorn on people and their rights, abolishing women’s rights and other unspeakable evils.

A hundred years ago, women in Western countries fought hard for the vote. Women also had to fight to study, manage property, decide when they wanted to marry or separate.

We in the West take it for granted that we can live wherever, however and with whomsoever we want.

But we also take it for granted that spam e-mails come in from women offering themselves for sex and all kinds of other things, sexist adverts with women’s bodies, idealisations of women that place real women under even more pressure.

Girls, of course, must be kind and sweet and thin; although they run a constant risk of being groomed, groped and propositioned. We all learn early to avoid dark alleyways, certain areas, lonely terrain.

Adult women are no better off, at best better informed.

On top of that, women are paid unfairly, mothers are penalised and left to their own devices.

But in the West, we can protest about all that!
And now Trump?!
Alert: Toxic patriarchy is being revived by populism!
Enough!

Many women were really depressed at the time. In the States, women got together right after the election and held their US Women’s March: countless women, and men who value women, filled the streets of the major cities.

Seeing that did some good!

After feeling depleted for a while, I thought about ways to respond to the growing populism in Europe: well before the national and European elections, the idea was to defend and strengthen women’s rights.

At a press conference held by the djb (the German League of Women Lawyers) in March 2017, I mentioned those women in the US and suggested organising something similar before the European elections. The chair at the time said that lawyers weren’t allowed to do that kind of thing, but I was welcome to try.

At the end, the woman in charge of press and public relations tipped me off about an event at Berlin’s Gendarmenmarkt that coming Sunday, to be held by Pulse of Europe, an association that champions Europe and its values.

Before Pulse of Europe, we used to hear a lot of criticism about Europe and straight cucumbers. A lawyer in Frankfurt am Main decided it was time to highlight the positive things about Europe and so he regularly assembled his wife (another lawyer) and a few friends in Frankfurt for that purpose. The gathering quickly grew, and that was how Daniel Röder and his wife officially launched Pulse of Europe. Soon there were numerous supporters meeting all over the continent.

I found it inspiring, but I wanted to focus on women. I got in touch with the representatives of Pulse of Europe in Berlin – Urszula Bertin, Domenick Baumgarten – and asked if I could advertise EU Women at one of their events.

On 2 April 2017, at one of the biggest rallies for Pulse of Europe on Gendarmenmarkt, I invited women, and men who value women, to come along to EU Women as well and organise an EU Women’s March in Berlin.

This Was The Call!

For our first meeting, after several institutions turned us down, we found a room in the restaurant Centolire on Leipziger Strasse in Berlin. About 30 women were there, including some from the djb.

It soon turned out that many of them were happy to commit to the German elections in September 2017, but no more than that.

Those who wanted to take part in the first EU Women’s March on Europe Day, 9 May 2018, continued to meet more or less regularly at the Centolire.

As this was a European project, the association EU Women was officially registered in Milan (my Italian birthplace) on 1 February 2018.

It was a huge pleasure when Christine Kurmeyer immediately agreed to act as deputy chair on the committee of EU Women.

We decided to organise a meeting rather than a march, as it would entail less work and money.

We quickly won over Franziska Giffey, a minister in the federal government, and Annalena Baerbock from the leadership tandem of The Greens for our programme.

Just before the elections to the European Parliament in 2019, we held our EU Women’s March at the Brandenburg Gate on Europe Day, 9 May 2019.

When you look around the world, we women in Europe seem to be doing quite well. But that doesn’t mean that women or men should be satisfied with the status quo. Not only are many progressive laws, even when they are adopted, not being enforced, but there is still a long way to go to achieve and consolidate lasting equality.

In Europe too, women

It is still men who call the shots – in politics, the economy and academic life.

To celebrate women’s social contribution, we are calling for an annual Europe-wide festival of women on 9 May, Europe Day.

Indeed, populists, dictators and politicians like Trump, Putin and Erdogan represent a toxic patriarchy and don’t care tuppence for women’s rights. On the contrary, they are making women’s lives particularly difficult – see Trump’s views or the way domestic violence no longer constitutes a criminal offence in Russia, and we all know what Erdogan thinks of women’s issues.

So it is high time for us women in Europe to make a stand for human rights, democracy, the environment, peace, equal rights, equal pay and everything dear to our hearts. Male supporters warmly welcome. 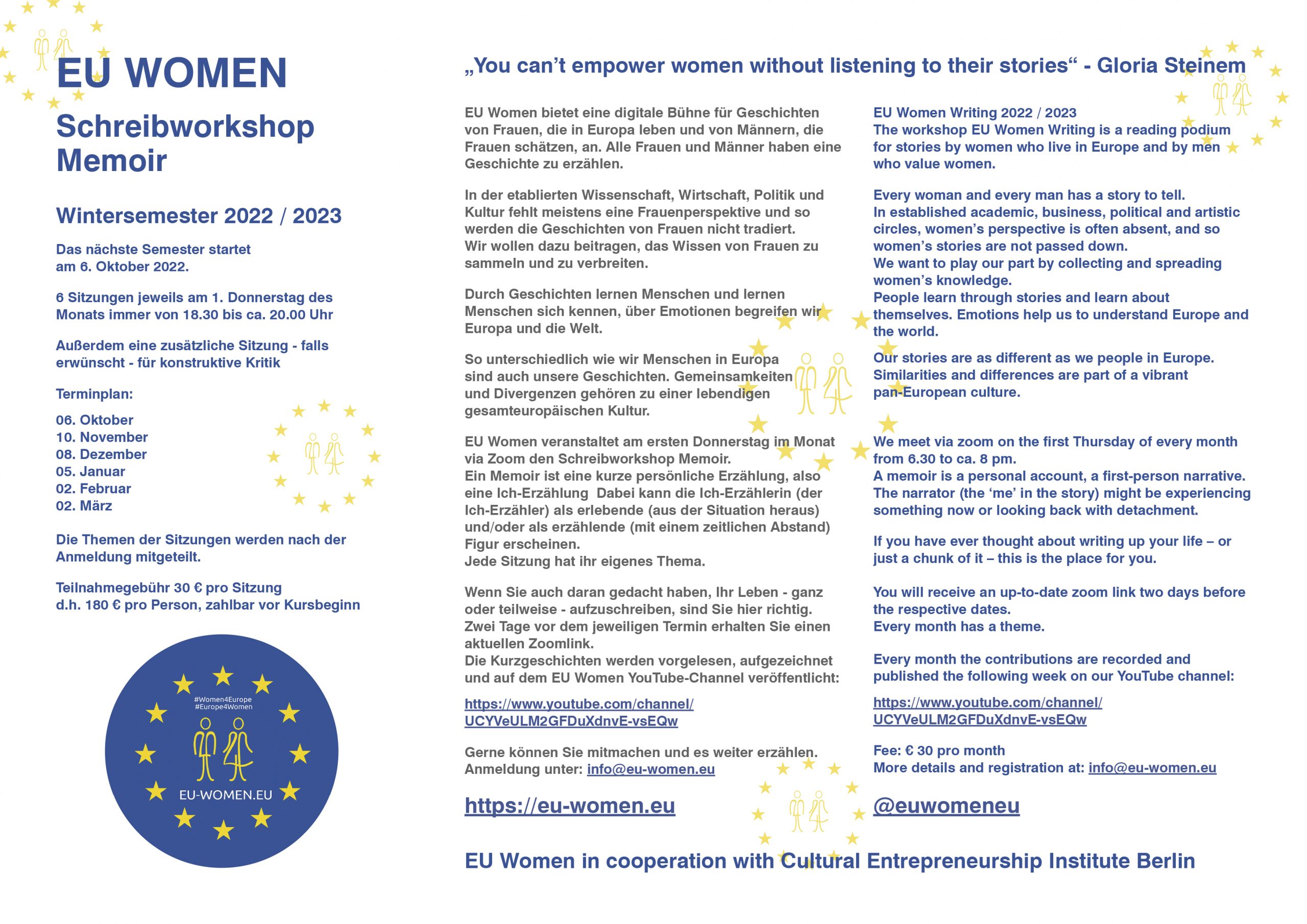 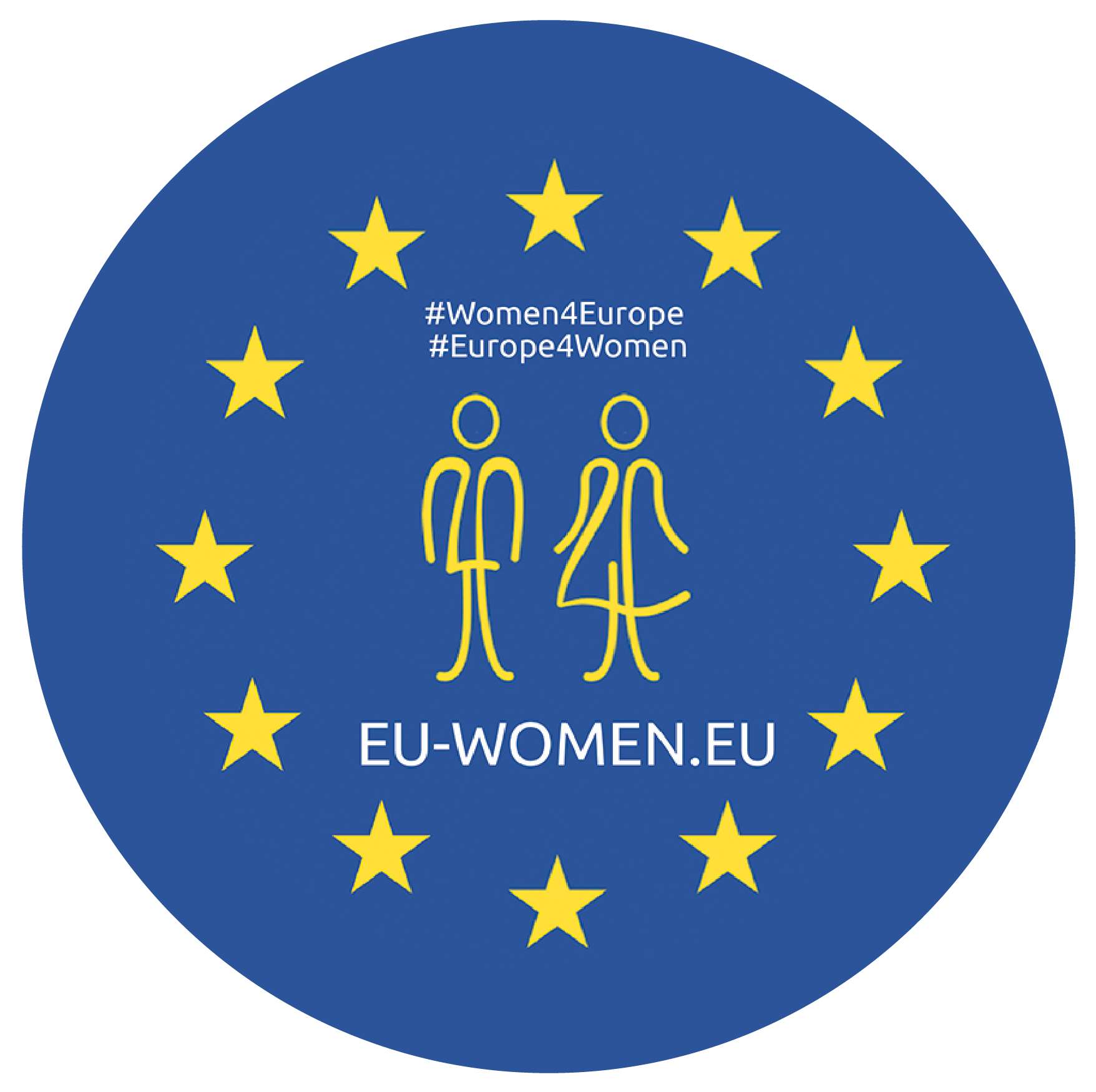